FVSU students encouraged to apply for 2016 HBCU All- Star program 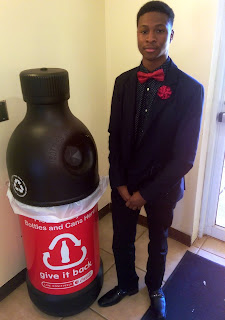 Fort Valley State University sophomore Demetrius Calloway said he is on a mission to help preserve and beautify his institution. Recently, the animal science major and self-described environmentalist helped to restore a defunct recycling program in the university's residence halls.

In addition to being tasked with placing recycling containers in all the residence halls, Calloway said his advocacy also resulted in a new title of Recycling Program Coordinator through the Student Government Association (SGA).

“I’m on a mission to beautify this campus," said Calloway, who also is an FVSU Peer Educator. "I encourage students to utilize the recycling bins around campus respectfully and in the proper manner that they were intended for."

"I think it is very timely and a very unique initiative that is being led by a student who is conscientious enough about campus beautification to do something not just short-term, but long term."

Keese also said Calloway's project, which focuses on the residence halls, also ties in nicely with another recycling initiative underway at FVSU that is being spearheaded by two student athletes who are focusing on the academic areas of campus.

"Those students have gone so far as to contact Peach County to ensure pickup of the recycled items each week," Keese said. "I'm thrilled to see our students be so engaged."

Calloway said the new bins in the dorms are only the first step in his “Operation Campus Clean-Up."

“I want students to take full responsibility and own up to their actions by reducing, if not, eliminating the littering and pollution that is done on campus," he said.

Calloway also plans to promote more responsibility on the part of his fellow students to clean up after themselves and decrease the struggles of custodians and janitors.

Judge Lockette to serve as 75th FVSU Commencement speaker - May 7


An accomplished legal eagle and scholar will give graduating seniors advice to help them navigate life after college during the FVSU commencement ceremony at 9:30 a.m. Saturday, May 7 in the Health and Physical Education Complex. Judge Willie Earl Lockette, chief judge of the Superior Court of Dougherty County and an FVSU alumnus, will serve as the keynote speaker.

Lockette graduated summa cum laude from A. S. Clark High School in Cordele, Ga.; then, earned his bachelor's degree in history and political science from Fort Valley State College in 1971.  At FVSC, Lockette was a Journalism Club member, the Political Science Association president, and The Peachite campus newspaper editor-in-chief. He was also a member of the Sigma Chi Forensic Society, Alpha Phi Alpha Fraternity, Inc. and Alpha Kappa Mu Honor Society.
Lockette graduated from the University of Illinois College of Law in 1974 where he earned his Juris Doctorate. Later that year, he was admitted to the State Bar of Georgia and certified to practice law before the Georgia Supreme Court, Georgia Court of Appeals, the U .S. Districts Courts for the Middle and Northern Districts of Georgia, and the U.S. Courts of Appeal for the Fifth and Eleventh Circuits.
He has earned professional diplomas in trial advocacy and general jurisdiction from the National Institute of Trial Advocacy, Emory University, College of Law, and the National Judicial College, and University of Nevada-Reno.
The judge started his legal career as a staff attorney with Georgia Legal Services Program's Inc.'s Georgia Office. He was promoted to managing attorney three years later.
Lockette has served numerous impoverished citizens within the state and litigated several significant cases within Georgia's trial and appellate courts at the state and federal level. For his efforts, Lockette was the first person to receive the Dan Bradley Award for Public Service.
Lockette also served as an adjunct professor of political science, history and public administration at Albany State University. In 1991, the FVSU alum was appointed associate judge of the Magistrate Court of Dougherty County in Albany on a part-time basis. In 1993, he was appointed chief judge of the Magistrate Court on a full-time basis. In 1996, the citizens of Dougherty County elected him as judge of the Superior Court of Dougherty County. He has been re-elected to four additional four-year terms without opposition. He has served as chief judge of the Superior Court of Dougherty County since 2009.
He has received numerous civic religious, social and professional awards. He is an ordained Baptist minister who has been married for 46 years to his wife, Helen. He has four children, 12 grandchildren and three great grandchildren.
For details, call (478) 825-6319. 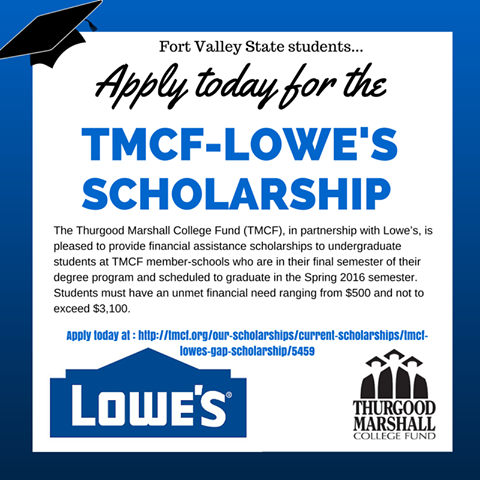 The Thurgood Marshall College Fund (TMCF), in partnership with Lowe's, is pleased to provide financial assistance scholarships to undergraduate students at TMCF member-schools who are in their final semester of their degree program and scheduled to graduate in the Spring 2016 semester. Students must have an unmet financial need ranging from $500 and not to exceed $3,100.
To be eligible, applicants must:
Applicants must submit the following documents for consideration:
Documents must be in PDF format only. Only completed applications will be considered.
How to Apply
To apply, click the button below and create a TMCF Account. Once you sign up and create a TMCF Account, you can complete the TMCF | Lowe's Gap Scholarship application. The deadline is June 30, 2016.
Apply here: http://tmcf.org/our-scholarships/current-scholarships/tmcf-lowes-gap-scholarship/5459
--FVSU-- 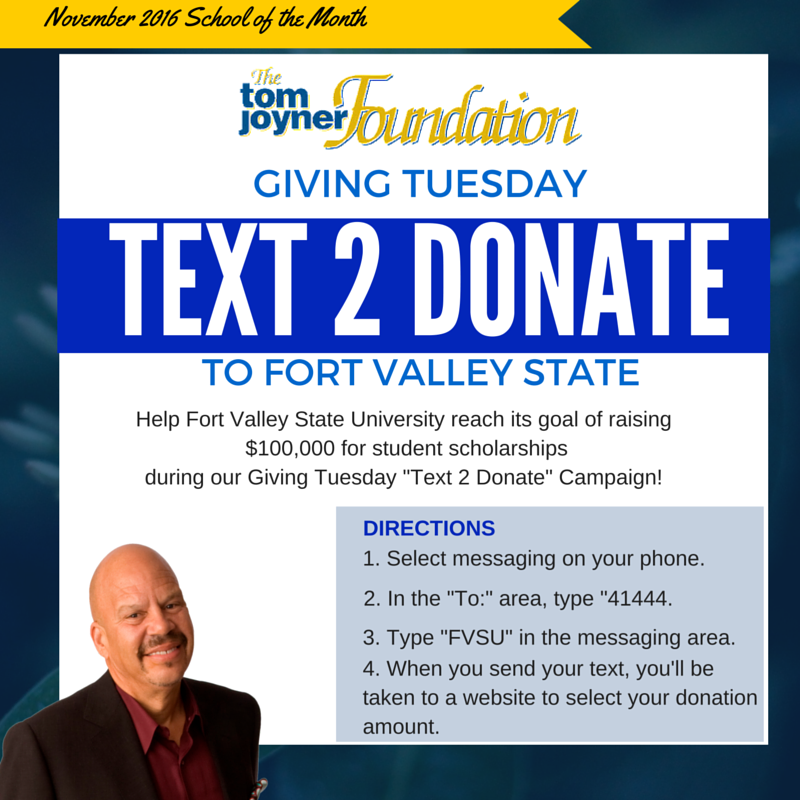 In an effort to raise funds for student scholarships at Fort Valley State University, the campus has launched a new initiative called Tuesday TEXT - 2 - DONATE. The fundraising drive is part of a collaborative effort with the Tom Joyner Foundation.

The nonprofit sponsored by radio personality Tom Joyner has selected Fort Valley State University and its rival Albany State University as the national "Schools of the Month" for November 2016 in an effort to raise funds for both institutions.

The FVSU online fundraising effort is kicking off now with  with the first of several "Giving Tuesdays" sponsor leading up until November.

You can help by donating through our special Text 2 Donate option.

Thank you for all of the support you give us Wildcats!
#FVSU #FVSU_TJF16

For more information about the FVSU School of the Month Drive,
visit
www.fvsu.edu/tomjoyner

On the FVSU QUAD - Kalo Oglesby 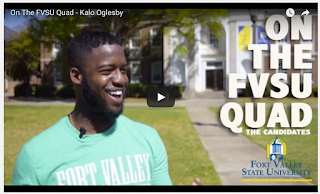 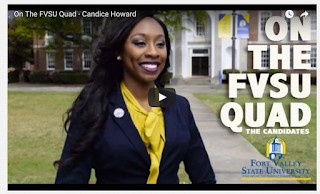